In this ad hoc blog, I share with you some of the things that I find inspiring. Last week I attended an event run by the How to Academy – an evening with Elizabeth Gilbert.

For those of you who have been living under a rock for the past decade or so, Elizabeth Gilbert is an American author whose most famous book – Eat Pray Love – was made into a film with Julia Roberts in 2010. Elizabeth Gilbert is an astonishing storyteller, a great weaver of words – and you know how much I love words! So, I thought I’d share some of her words from that evening with you in the hope that they will inspire you.

Some of you may have seen my Facebook Live last Thursday in which I shared this quote from Liz (she feels like a friend now, so I can shorten her name!). It made me snort with laughter at the event and squirm with recognition. She urged us all to rip off the fake mask of perfectionism and see it for what it really is: fear.

And when you accept that it is just fear by another name, it becomes easier to deal with.

One of my favourite books of the past few years is Liz’s book ‘Big Magic’ in which she explores creativity and counters the prevailing myth that some people are born creative and others of us are just not. She believes that everyone is creative.

‘Creativity is inherent in all of us – it’s the hallmark of our entire species…Children create until someone tells them not to…Creativity feeds, nourishes and transports us.’

Don’t tell yourself that you’re not creative. Don’t allow other people to put you in a box marked ‘not creative’, You were born creative. Own it. 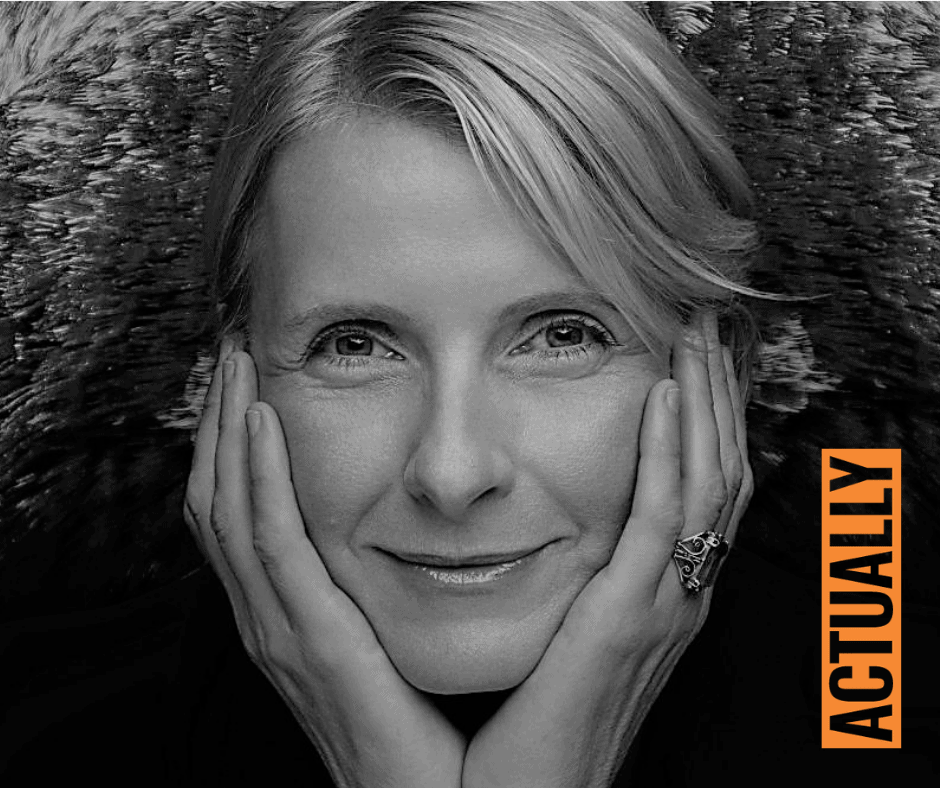 Liz talked a lot about shame. And shared some of the tricks she had used to deconstruct shame, understand it and deal with it.

‘Shame is a killer, We live in such a shame-based culture which is so vicious, especially for women. If you make a mistake, our culture tells you that your only future is one of permanent self-flagellation…Shame is imaginary. It’s not an actual thing. You invented it.’

And since shame is just an imaginary construct, you can ignore it – it can’t hurt you, it can’t do anything to you unless you accept it into your mind and allow it free rein.

Liz is famously open and transparent on social media – sharing intimate details of her life with her millions of fans around the world. In 2016, for example, she shared the news that she was leaving her husband to enter into a relationship with ‘the love her life’, her closest female friend Rayya Elias – who had just been diagnosed with terminal cancer. Of her openness about her life she said:

‘Transparency is easier. Anything I can offer you about my life, that might make your life feel a little less strange to you, why wouldn’t I?…The truth has legs. It is the only thing in the room that will be left standing. Since it’s where we’re going to end up, why not f*cking start there?’

In my blog last week I talked about burnout, the importance of self-care and the need to recognise that this is not selfish. Liz also touched on some these themes (obviously inspired by my blog?!) And she talked about the concept of ‘friendly stewardship’. She explained that we are all given this body, this life, to take care of. We may not know why; but ‘they’ – whoever ‘they’ may be – obviously thought that we would be capable of taking care of it. So do it. Be a steward. Treat the gift you’ve been given with care and reverence.

‘Women are good at reverence – at taking care of precious things. We just tend to forget that we, ourselves, fall into that category; that we are precious.’

On her soul and personality

There are so many other quotes and insights I could share – and if any of you were there and would like to share your favourite moment, please do. But to finish up, I’d like to share something Liz said at the beginning of the evening which made me laugh and set the tone:

‘I have the soul of a serious, literary figure. And the personality of an aerobics instructor.’

What a fabulous combination!