“I don’t care if I get into trouble at school. I believe that one person can make a difference.”

From one lone schoolgirl sat outside the Swedish Parliament to a global movement involving more than 1600 events in more than 105 countries, there can be no doubting the impact of Greta school strikes for climate change campaign. But why has Greta Thunberg captured the world’s imagination and why has she been so effective at communicating a message that so many have tried – and failed – to get across?

These are five of the lessons about communications that I think we can learn from her example:

Be clear about your purpose

Greta Thunberg is crystal clear about her purpose. “I am doing this because nobody else is doing anything. It is my moral responsibility to do what I can. I want the politicians to prioritise the climate question, focus on the climate and treat it like a crisis.” Her passion is clear and it has helped her overcome depression, speak without nerves at events that most of us would find terrifying and garner priceless media attention.

Be clear, be simple, be consistent

Years ago I commissioned research into why some behaviour change campaigns were more effective than others. The key findings: make your message as simple as possible and repeat that message consistently day after day, week after week, year after year. In every Greta gives, in every interview: her message is the same: ‘You are ruining my future. We are out of time. We need to act now.’ 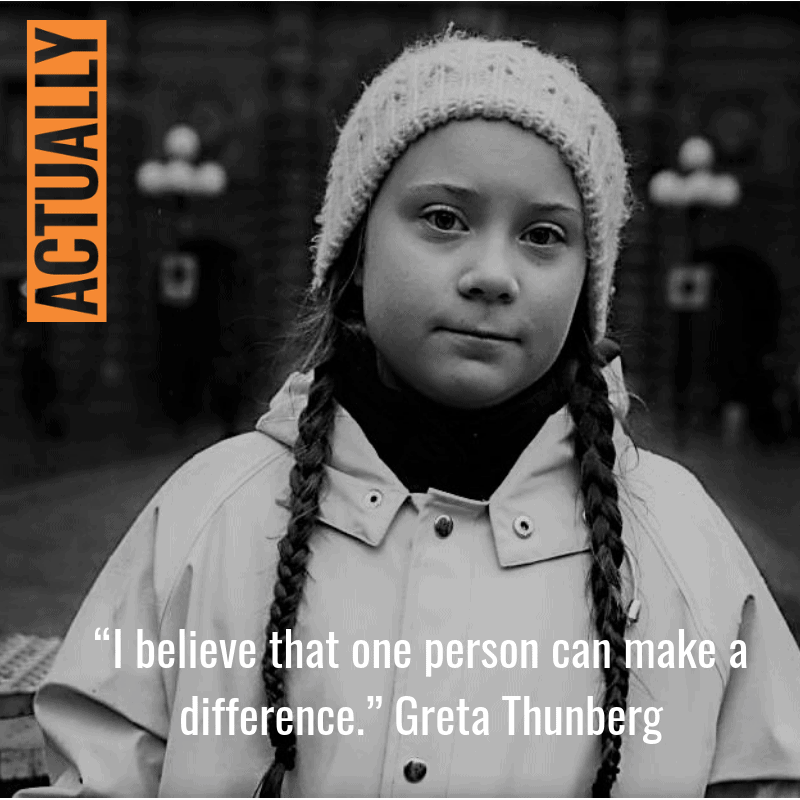 Greta doesn’t lament climate change and then climb into a limo, drive to the airport and fly off to her next speaking engagement. This young woman does not simply preach at others, she lives her life according to her values. That authenticity and commitment to her values with audiences who can sense when they are being duped and it calls out the part of us that thinks: if this girl can do it, so can I.

As soon as you stick your head above the parapet, people will start taking pot-shots at you. People don’t like change and they don’t like to be confronted with unpalatable truths. Greta Thunberg is admirably sanguine about this: “I expected when I started that…there will be a lot of hate. It’s a positive sign. I think that must be because they see us as a threat. That means that something has changed in the debate, and we are making a difference.” Crucially, she doesn’t waste time or energy on engaging with each individual troll; she doesn’t lower herself to their level. She states the facts and moves on.

Sometimes you have to be uncompromising

Greta Thunberg is absolutely uncompromising in her consistent commitment to telling the truth as she sees it. When she began her campaign she handed out leaflets saying ‘You are shitting on my future’. She says “…we have to tell it like it is…if there are no positive things to tell, then what should we do, should we spread false hope? We can’t do that, we have to tell the truth.”  When it comes to climate change, I couldn’t agree with her more.