FIVE LESSONS FROM REPEAL THE 8TH

There’s a lot of chat about referendums in the UK at the moment: the one we already had; whether we should have another one; what the question should be if we do…yes, I’m talking about Brexit. I don’t know about you but I have found the conduct of both sides in the ongoing debate to be corrosive, polarising and divisive.

So today I’d like to focus instead on a referendum that largely united a nation. A year ago this month, Ireland voted to repeal the 8th amendment to their constitution which – since it was introduced in 1983 – had prevented any relaxation of the country’s near-total ban on abortion. As the results came in, Taoiseach Leo Varadkar said that the result: “…demonstrates to me that we are a country that is not divided but a country that is united, a country that says that we respect women, that we trust women and that we support them in the choices and decisions they make.” How lovely it would be if our Prime Minister, whoever he or she may be, were able to say the same.

Here are my five lessons from Repeal the 8th…

Be prepared to have difficult conversations

When asked in January 2018, before the vote in May, more than 50% of potential voters said they would be too “uncomfortable” to talk about abortion to friends and family. And yet, after the vote, 39% of those who had changed their minds to vote YES, cited a conversation with family or friends as a significant factor. Thousands of women who had had abortions, many of whom had never spoken to anyone about their experiences, broke their silence and inspired others to speak up. The power of difficult conversations – a personal appeal drawing on personal experience – is absolutely extraordinary. Instantly you humanise the debate – you clarify the human consequences of a policy. It’s easy to maintain your position when you’re having an intellectual debate about abstract policy. Far harder to stand by your guns in the face of the personal lived experience of a loved one. 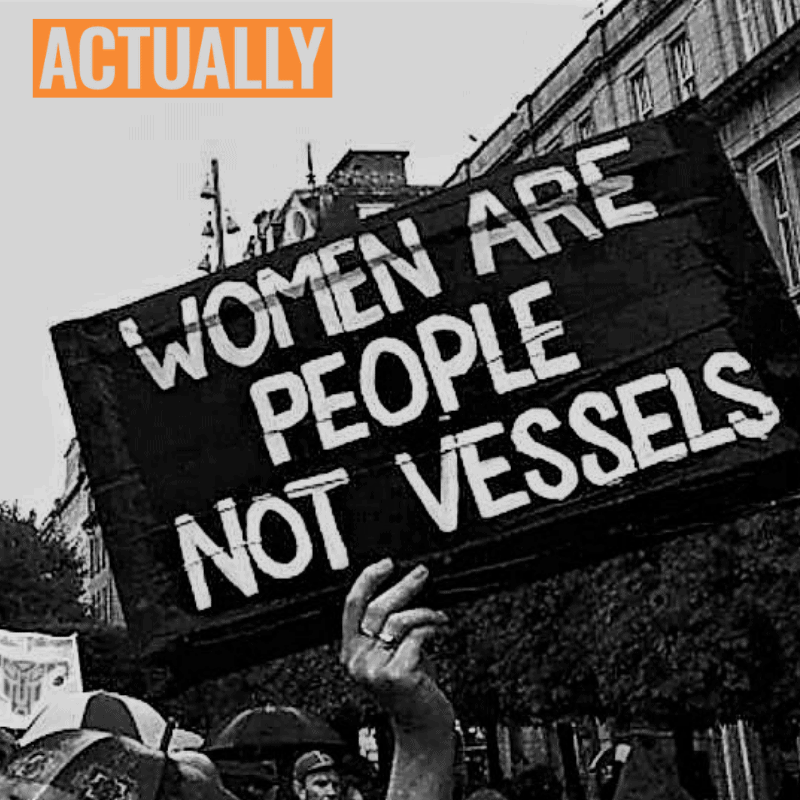 Inspire and equip others to engage

By standing up and saying ‘this is my experience’ – you demonstrate courage, trust and openness that inspires others to do the same. However, if you’re developing or running a campaign, as well as inspiring people to speak up you need to equip them with the tools they need to engage. Different groups within the Yes campaign used many different methods to equip supporters and encourage engagement. For example, local groups of the official Yes campaign held conversation cafes; the Abortion Rights Campaign produced badges for supporters which read “Talk to me about Repeal.”; and the group Uplift ran online conversation training via Crowdcast and followed up with a microsite that provided supporters with information and guides to having these conversations.

A common theme in these blogs is the importance of not giving up. The 8th amendment to the Irish constitution was passed in 1983 and those who opposed it have been working to repeal it ever since. It has taken over three decades – but they got there in the end.

This was a highly charged issue and one that, as we have seen in the USA, has the potential to explode into violent discourse if not outright violence. My mother always said to me when I was a kid: “If you’re shouting, you’ve already lost the argument.” One of the things I admired most about the Repeal the 8th campaign was that it was largely focussed on vision and values. The official campaign didn’t get dragged into the mire of recriminations and mud-slinging; they didn’t react to the attacks of their opponents. They stayed on the high ground, focussed on their message and stuck to their agenda – which gave their opposition nowhere to go.

In 1985 the winning margin for anti-abortion activists was 67% to 33%. In 2018, the final vote was a complete reversal of this position. As the referendum campaign began, I remember talking to people who assumed that the split would be between young and old, urban and rural voters. But what struck me as I watched the campaign develop was the diversity of the Repeal the 8th supporters. In the end, only one out of forty constituencies voted ‘No’ (by a margin of 51.87% to 48.13%). And whilst the over 65s did vote against – they were the only age group to do so and by significantly smaller margins than in 1985. The ‘Yes’ campaign made a deliberate effort to reach all parts of the country and all potential voters: young and old, rich and poor, resident and those who were living overseas. And it worked. Who can forget the emotional scenes of women travelling back from all over the world to vote?

I wish all referendum campaigns were like this one. Don’t you?