I remember when I first heard the term ‘inner critic’. The first thing I thought was ‘Oh my god…so it isn’t just me?’ I believe that to create an impact you need three things: the right mindset, the right communications skills and the right support. It’s hard to maintain the right mindset when your inner critic is constantly undermining your belief in yourself.

So, in this blog I thought I’d share some of the tips I’ve picked up over the years to tackle that nasty little demon in your head. I’m not coming at this from an ivory tower of perfection. I still struggle with that damned critic. But these are some of the things that have helped me over the years and that continue to do so.

I’ve named my inner critic – her name is Doris. I know she has my best interests at heart and she’s only trying to keep me safe. But she’s relentlessly negative, critical and ‘glass half empty’. By naming and humanising her, giving her a personality and a purpose, I find it easier to treat her the way I would treat a crotchety old Aunt. I know she can’t help herself and I feel compassion for her but I’m not letting her run my life.

Most people prefer to tune out the inner critic, to numb the voice with distractions. I advise you do the opposite. Ignoring your inner critic doesn’t help – it will just go about it’s work without you being consciously aware. You need to bring your full awareness to it. Once you’ve got a clear sense of what is being said, ask yourself this: does this voice make me feel better or worse? Inspired or afraid? If the voice makes you feel stressed anxious or fearful – it’s your inner critic at work. 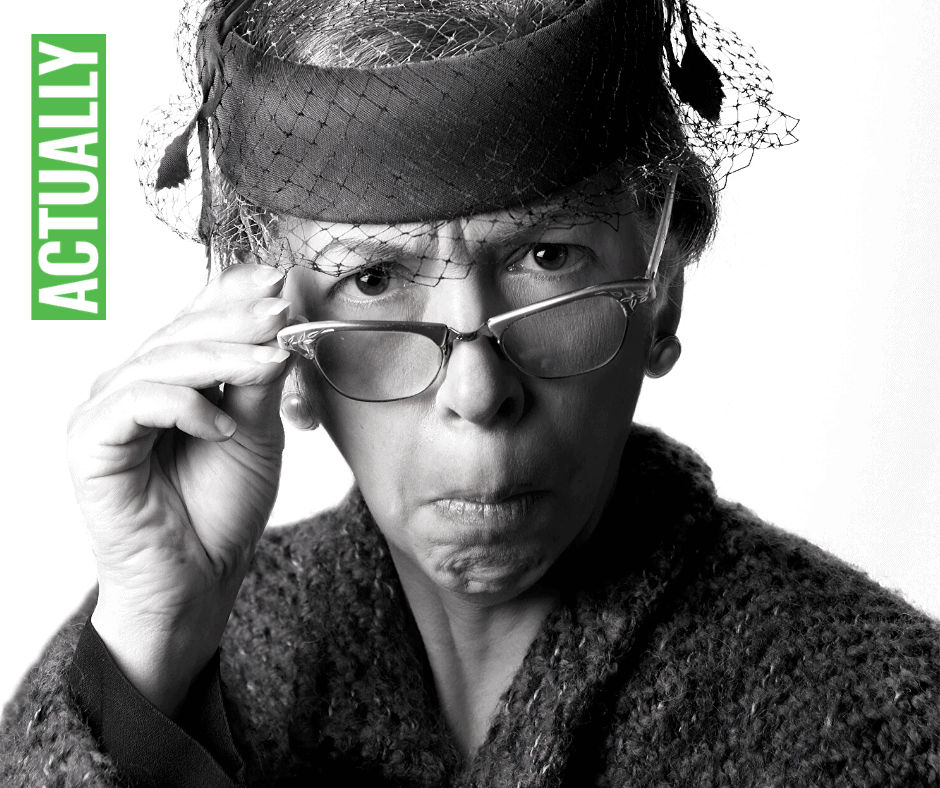 Now that you’re tuned in to your inner critic, do not beat yourself up. Don’t criticise yourself or think there’s something odd or wrong with you. Over the years I have spoken to hundreds of people about this issue and the more people I talked to, the more I realised how widespread it is. Eventually, I did a survey of nearly 500 women and discovered that 90% of respondents said that their inner critic was a harsh presence in their lives. So, you’re not along. You’re not weird. You’re entirely normal. Whatever your equivalent of Doris says!

HAVE THE LAST WORD

Your inner critic likes nothing more than a quiet and accepting audience. Don’t be that. Respond to that voice and lovingly put it in its place – just as you would with an elderly relative: ‘I love you and I understand that you’re trying to keep me safe but I’m going to do this my way.’

IF ALL ELSE FAILS

If all else fails, I want you to buy a notebook or grab a sheet of paper and for the next seven days, I want you to write down every negative thing that your inner critics says to you. At the end of the seven days, read it through OUT LOUD to someone you really trust, someone who really loves you and if you can’t do that, look in a mirror and read it OUT LOUD to yourself*. And when the full horror of what you are subjecting yourself to every day really sinks in – make a decision inside of yourself to do something about it. Because you deserve more than this constant barrage of judgment, criticism and negativity. And if you’re going to change the world then you need to learn to deal with this little beast!