If you are a regular reader of this blog, you may remember I wrote a blog in June entitled ‘Five Lessons from Burning Out’. In it I shared what I had learnt from burning out in the hope that you might learn from my mistakes and avoid a similar fate. At the end of that blog I said:

“As well as these lessons you’ll also want to think about setting boundaries and learning to say ‘no’ (it’s a shorter word than yes and really easy to use when you get the hang of it!) but more on that another day.”

Welcome to ‘another day’ and some thoughts on the power of saying ‘no’.

‘No’ is a shorter word

When I was a teenager, I would spend hours on the phone in epic ‘therapy’ sessions with friends whose boyfriends had dumped them; I would drop everything to dash out in my car to meet a friend in need irrespective of what was going on for me. I would drive all over the island picking people up and dropping them off for shopping trips, nights out, parties.

Periodically, my Mother would say to me “No is a shorter word than Yes darling…and it’s a complete sentence all by itself.” There was an undeniable logic to what she said. ‘No’ is indeed a whole letter shorter than ‘Yes’. And it can, of course, be a complete sentence. No. But I was unconvinced. I just thought my Mum was just being curmudgeonly and mean.

You see, I’d bought into the tyranny of ‘Yes’. I’d swallowed the line that ‘Yes’ meant I was a nice person; that ‘Yes’ was the quickest path to being liked, valued, approved of.

Fast forward thirty plus years…I was on a Mastermind call and after listening to me talking (OK…ranting…) about a recent and very difficult situation with a close friend and business colleague, a wonderful man named Adam Anderson said to me “Sara, you need to start owning your ‘No’”.

Well, dear Reader, it was what my Mum used to call a ‘Come to Jesus’ moment. I suddenly realised that even though I was allegedly all grown up, I still hadn’t learnt the lesson my Mum had been trying to teach me as a teenager. I was still a ‘Yes’ person. I was still confusing ‘being nice’ with having no boundaries. I was still buying into the myth that ‘No’ is selfish and that a commitment to being of service means never being able to say ‘No’ to anyone in need. 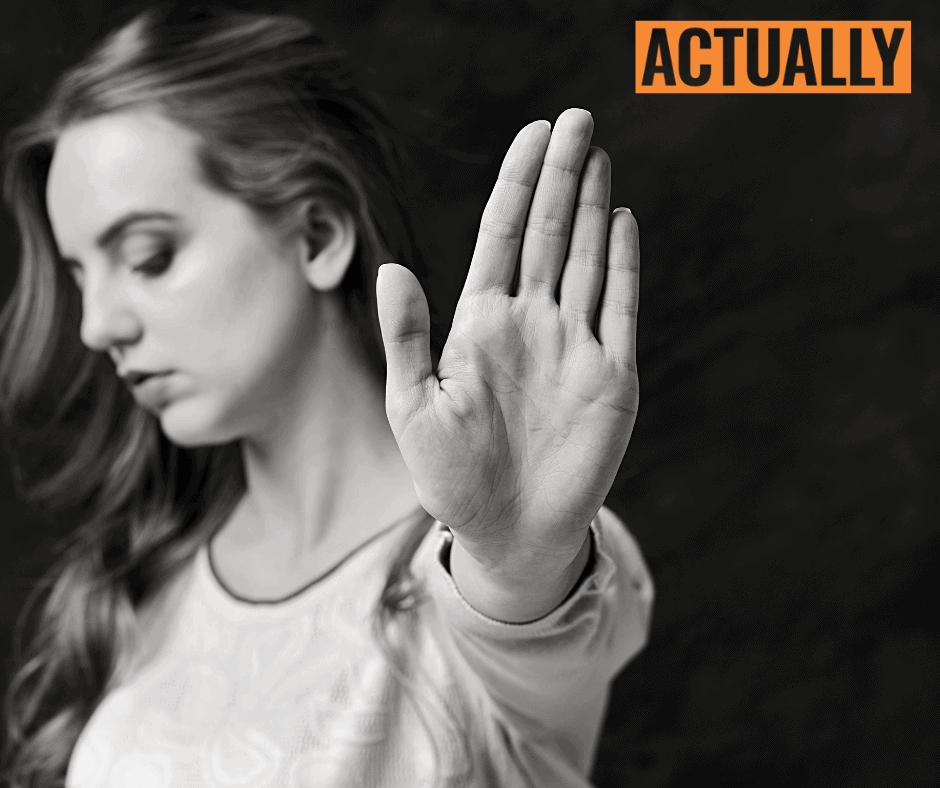 The Consequences of ‘Yes’

As I pondered the consequences of my addiction to ‘Yes’, I was left in no doubt:

Learning to say ‘No’

First, accept that you don’t have to say ‘yes’ to everyone who asks in order to be considered a nice person. Saying ‘yes’ does not make you a good human being. And saying ‘no’ doesn’t make you mean or selfish or hard-hearted. It means you have boundaries; you respect yourself and you know that you need to take care of yourself if you’re going to avoid burn-out and change the world!

Second, bring consciousness to it. Bring your awareness to how frequently you just say ‘yes’ without giving yourself time to think about the answer. How does that make you feel? Is there a twinge of resentment? A smidgeon of martyrdom? Hmmmm….

Third, make a list of the people that you are always a ‘Yes’ for. My advice would be that there should be no more than 5 people on that list. These are the only people who get a free pass to ‘Yes-ville’.

Fourth, spend some time figuring out things you can say that feel more comfortable to you than a blunt ‘No’. For example:

“Thank you so much for asking but that just doesn’t work for me right now.”

“That’s not really in my bailiwick but let me recommend someone who can help you.”

Fifth, give yourself permission to say ‘No’ to EVERYBODY for a week. Make it a rule for one week that whenever someone asks you to do something for them, you must wait at least ten minutes before saying ‘yes’. You can say ‘I’m flattered you’ve asked me, let me think about it.’ But not ‘Yes’ ‘Sure thing’ ‘Absolutely’ ‘I’d love to’ or any variation on this theme. Notice how difficult you find it not to jump to ‘yes’ and then notice that the sky didn’t fall in.

My name is Sara…

…and I am a recovering ‘Yes’ person.

I believe in the importance of helping others. Generosity is one of my values and one of the guiding principles that underpins Actually. Being ‘of service’ is in my DNA. And yet I keep practicing saying ‘No’. As a result, I have more time back in my days for the people that really matter to me, the work I really want to do and for me.

*This blog is based on an article that appeared in the Actually newsletter on 6 September. If you’d like to receive the newsletter in future and get updates, insights and special offers delivered to your inbox, without any spammy nonsense, then click here.