I’ve been reflecting recently on inspiration. I’ve been fortunate to attend some truly inspiring events and gatherings so far this year including a one day event with Roger Hamilton and a 5 day leadership event on Necker Island with Virgin Unite. But I believe that if you are open to it, inspiration is everywhere. You don’t need to travel to the British Virgin Islands or wait for Roger Hamilton to visit your city. In this ad hoc blog, I want to share with you some of the things and people that I draw my inspiration from. Last time, I shared a poem with you by one of my favourite poets, Erin Hanson. This time I want to introduce you to five ordinary people who are changing the world and inspiring others to do so. If they can do it, we all can: 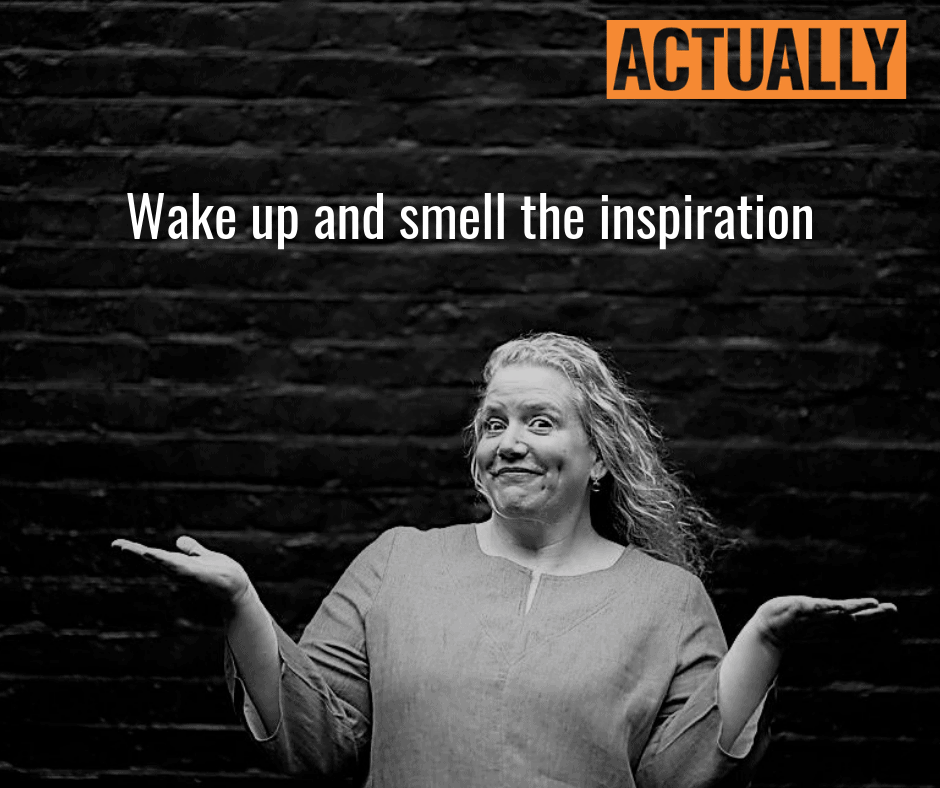 Liam Stevenson, LGBT Campaigner: Liam is 40 years old. He drives tankers for a living and lives just outside Glasgow. He is heterosexual. And one of Scotland’s most successful LGBT campaigners – having co-founded the Time for Inclusive Education (TIE) campaign with Jordan Daly. The pair met at a fundraiser Liam was running for a food bank and their conversation sparked a campaign that recently succeeded in persuading the Scottish Government to introduce LGBT-inclusive education in schools across Scotland. This is the first time anywhere in the world that schools will be required to teach children about LGBT rights and to tackle issues of homophobia and transphobia.

Nimco Ali, Daughters of Eve: Nimco was born in Somalia but moved to Manchester in the UK when she was 4 years old. At the age of 7, she travelled to Djibouti with her family on holiday – and underwent female genital mutilation (FGM) there. She later suffered major health complications and had to have reconstructive surgery. In 2010, she took all of her experience and – working with Leyla Hussein – founded Daughters of Eve to help young women and girls by providing education and raising awareness about FGM. On International Women’s Day earlier this year (2019) it was announced that she was being awarded the 2019 Geneva Summit for Human Rights and Democracy’s International Women’s Rights Award.

Sylvia Mac, Love Disfigure: When she was a toddler, Sylvia mac was badly burned by boiling water. She nearly died and bears the physical scars to this day. She spent her life hating her body, hiding her scars and battling with depression and self-loathing as a result. Then a few years ago, in her mid 40s, she decided that she wasn’t going to hide any more. She made a film about her scars, her mental health and how she had allowed fear, self-hatred and the ignorant reactions of strangers to affect her. Now she runs a Facebook group with nearly 2000 members and campaigns for people with disfigurement. She runs swimming sessions in London for people with skin conditions, health conditions, scars, marks and burns and earlier this year she arranged a photoshoot involving a diverse crowd of models with disfigurements to urge the fashion industry to be more inclusive of such conditions.

Beth Rowland, Let’s Talk About Loss: Beth lost her Mum when she was 20. Two years later, she started a network ‘Let’s Talk About Loss’ to support other young people (aged 16-30) experiencing bereavement. She took her experience, her grief and heartbreak and turned it into something extraordinary. Beth has facilitated meet ups in London, Bristol and Nottingham and shared her experience via the blog on her website. This year she will be registering the organisation as a registered charity and extending the meet ups to several additional locations across the country. She’s also planning a podcast to encourage young people to keep talking about and sharing their stories of loss.

Dom Raban, Patient’s Virtual Guide: Dom Raban runs a digital agency called Corporation Pop in Manchester. He has a daughter, Issy. In 2011, Issy was diagnosed with an extremely rare form of bone cancer – Ewing’s Sarcoma. She underwent 18 rounds of chemotherapy and the NHS funded proton therapy for her in Florida. She has now been cancer free for 7 years. Dom’s experience – watching as his daughter searched for information about her condition on Google and was terrified by what she found, inspired him to develop a new app: the Patient’s Virtual Guide, specifically to help young people to access information about their condition. The app – which has been created with input from medical writers to ensure accuracy – has attracted funding from the NHS and the Nominet Trust and is being trialled in Manchester Children’s Hospital.

PS: Many of these people have featured at some point on www.positive.news I read their articles whenever I’m looking for some inspiration – and some good news to counter-balance all the doom and gloom – it’s a great place to start.