Imagine a world in which we do more than turn up once every four or five year and mark a cross on a piece of paper and then sit in the pub with our mates and whinge about politics.

Imagine a world in which the electorate feels informed, engaged and empowered.

Imagine a world in which we hold our MPs accountable for the actions they take and the decisions they make.

That’s the world I want to live in and the one I want to do something to contribute to.

Because politics is important.

The school your children go to

The age at which those children can buy cigarettes, buy alcohol, have sex

The amount of tax you pay

When your rubbish is collected

How many hours you work

How much holiday you can take from work

What side of the road you drive on…and how fast

What do all of these things have in common? They are all dictated – or at the very least influenced – by political decisions at either a national or local level. Not to mention the million and one other aspects of your life and the life of the nation that are determined by politicians from Bank Holidays to whether or not we go to war.

Our lives are shaped, confined and to some extent defined by the politicians we elect. And yet, the vast majority of us have absolutely no interaction with politicians beyond the ballot box. We elect them – quite often without even having read their manifestos – and then largely ignore them and let them get on with it.

I don’t know if you employ staff in your business but if not, imagine that you do. Imagine that you’ve just recruited a new member of staff. Maybe you read their CV. Maybe you even interviewed them. Or maybe someone else did that and told you which person to recruit. Either way, you now have a new member of staff in your business; responsible for work that could ultimately affect how much money you make.

Would you give them the job for five years with no probationary period and no supervision of any kind?

Nor me. And yet that is exactly what we do when we elect politicians. Remember – they work for US. And often, even when their performance has been demonstrably bad, we keep renewing their contract every five years. 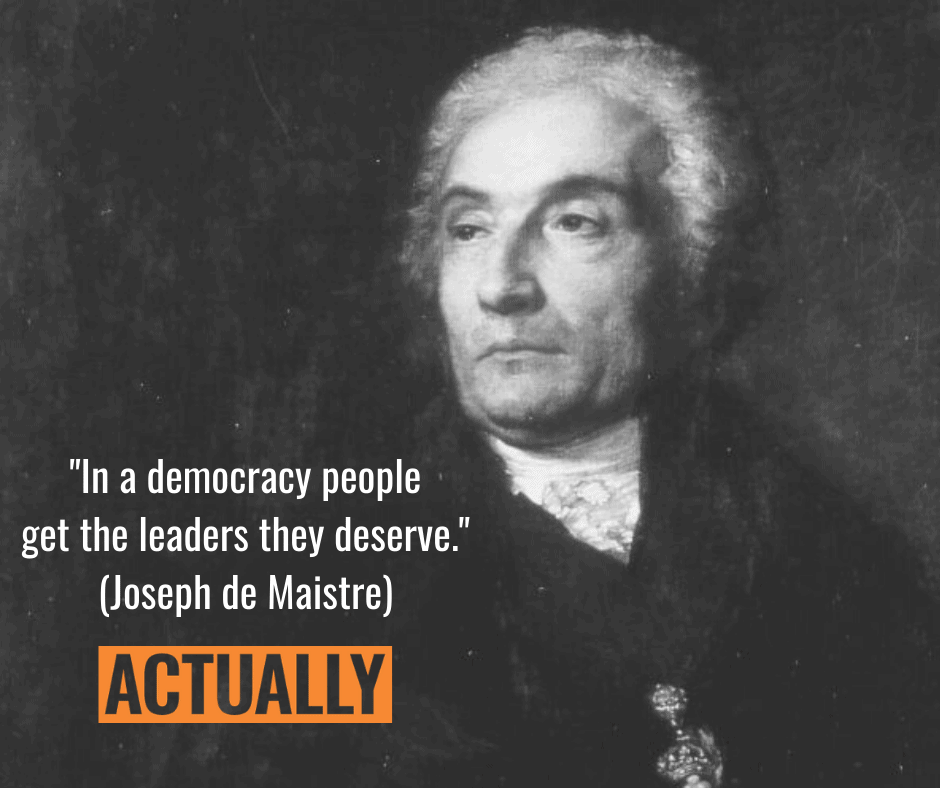 When I talk to people about politics I hear a whole range of objections to getting more engaged:

Of course one person can make a difference. Greta Thunberg is doing it right now and she’s 16.

And ‘I don’t have time’ is really ‘It’s not a priority’ in disguise. But unless you are dead, politics affects you. Wouldn’t you prefer to feel empowered about it? Wouldn’t you rather have a voice?

The objection I have the most sympathy with is that it seems too complicated. I’ve studied politics for years and worked in it for most of my career and there are definitely times when I find the system a little…ummm…opaque? So I get it.

But you don’t need to understand every line of Erskine May (the handbook of parliamentary procedure and process) in order to get more empowered. You can start by holding your local MP to account a little more actively; learning a bit more about how policy is made and making sure that you have your say when policies that you are passionate about are being discussed.

The philosopher and diplomat Joseph de Maistre once said that “In a democracy people get the leaders they deserve.”

Isn’t it time for us to deserve better leaders?

Let’s ACTUALLY hold our MPs to account and have our say.

Then perhaps in five years’ time, when the next Election rolls around, we will have gone some way to creating that world I imagine.

PS: If you want to know more about how to make a difference, how to engage in politics in a meaningful way, hold your MP to account and have your say I am developing a series of online workshops: Actually Make a Difference. The first is on January 18th and I’ll be focussing on demystifying politics and answering the most common questions people ask. For more information, contact us here.

PPS: If there’s a specific question that you want to ask that would help you to understand our political system a little better, drop it in the comments below before 18 January and I’ll try and cover it in the first workshop.